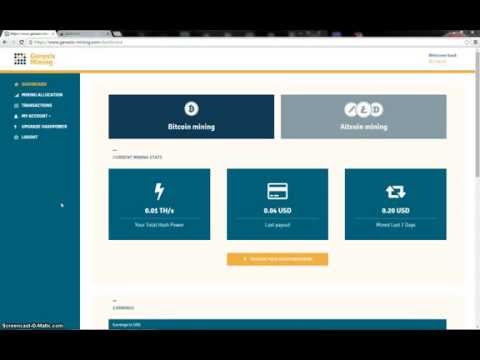 GAWminers.com / Paycoin / Josh Garza has the potential to destroy or gravely set back the cryptocurrency revolution. Here is why.

Gawminers right now is initiating fraud that is beyond the scope of most bitcoin scams, maybe second only to MTGOX.
They are misrepresenting their products and fraudulently shifting hidden risks to customers. Here are my claims
Here are the reasons why I submit my claims based upon public evidence:
Josh Garza publicly stated that the payouts from his virtual hashing machines are from a combination of mining, day trading, and private rentals. https://bitcointalk.org/index.php?topic=720844.msg8601489#msg8601489 Nothing on the product page mentions day trading and it is misrepresentation of risks by omitting such evidence.
None of the pool owners listed on the gawminers website confirmed ever receiving hashes from GAWminers. You can go email them yourself.
The most obvious reason they do not have physical mining hardware would be to read the gawminers TOS. Here: https://bitcointalk.org/index.php?topic=720844.msg8605520#msg8605520
Their Zenpool had consistently paid 2x more than other multipools during the beginning of the launch. Their fake zenpool speed counter went up to 300MHS when it was displayed publicly here: https://www.zenminer.com/pool/ until they realized they are claiming to own more than 50% of the total litecoin network at the time. That is when the counter disappeared when people began to question the enormous scope of their fake mining operation.
The zenpool is a farce. It is fake and it just simulates ponzi payouts. Which was confirmed when the payouts predictably dropped more then 100% few weeks ago and even lower than some of the other multipools. Josh publicly stated this was because "investors" were not buying big contracts. He publicly stated this here:
http://webcache.googleusercontent.com/search?q=cache:8j3lrbmknSgJ:https://hashtalk.org/topic/11712/zenpool-fluctuations-update-update+&cd=1&hl=en&ct=clnk≷=us
realized his mistake of making such statement and deleted the whole thread.
If a pool requires investors to buy contracts for increased payouts, then you do not have a real mining pool with real mining machines.
Josh Garza used shill accounts on bitcointalk.org here: http://share.pho.to/6pc3a/9a/original . I think he was caught publicly using shills twice. If anyone has proof, msg me and I will send you 0.25BTC.
If this ponzi scheme collapses and if his claims that he sold over 120mm of products this year are true. Then the regulatory fall out will be ugly. This is not a small scam. It is huge and will give ammunition to people like Ben Lawsky to regulate us to death as this occured with a US company on US soil. It will be another Enron or worse.
Please please please educate.
The private evidence I have is much much more condemning. But it should be obvious enough what is already out there publicly.
Also, please feel to present counter arguments.

Yet another sad crypto-story - Paycoin

So, a lot of people got into Paycoin and then realized the fake marketing promises of this scam. There are a few things I would like to highlight about this sad (I would say) crypto-story:
In the end I have the strong feeling that most people are going into crypto or switching from one crypto to another just to "get rich" and nothing else. No ethic, no vision for the idea behind crypto. More than that, profit from an open source technology in order to scam others. I'm not sure this is what Bitcoin was created for, and if it helps the image of our community.
 That being said, I'll just leave this here:

In case anyone still has GAW Miners cloudhashing, I'd strongly suggest you consider trading/selling whatever you can for BTC.

In case you are not aware, GAW has been investing a lot of their efforts into their new cryptocurrency called "Paycoin" (formerly called Hashcoin). While anyone is to welcome make their own judgment, I personally believe it is a scam.
The gist of the coin is that people were "allowed" to save up their profits from cloud mining as "hashpoints," rather than cashing out Bitcoin. Miners could then use $4 worth of otherwise useless hashpoints to purchase this new Paycoin.
But why would a miner want to do that? Well, because GAW is "guaranteeing" a 400% profit margin on day 1. They claim that they have banking partners and investors that will put up $100 million to make sure the price stays above $20, and that they expect it to go even higher than that. (The coin is supposedly live now and on coinmarketcap, but I wouldn't count it as truly live until miners are actually given the coins they are promised.)
But of course, no legitimate institution has stepped forward to lend their credibility to the project. The only name they've given out is "Stuart Fraser" of Cantor Fitzgerald LP,a financial services firm, but there is no public confirmation of this aside from GAW's own press releases.
I'm guessing this might turn out like MintPal, where by the time you have absolute certainty of the scam, it's already too late. Better to get your money out before that point. I know many in the BlackCoin community had been buying GAW cloud miners, so figured this is worth talking about here.
GAW is also notorious for censoring their own forums, so don't be surprised to come across shills and other such tactics at bitcointalk and other places (and the usual pump/dump crowd, of course).

http://www.paycoin.com/ (Paycoin site, has links to re-blogged press releases)
http://gawminers.eu/news/hashcoin-ico-customer-round-qa-transcript-yesterday-evening/ (Old FAQ, not sure if something is more recent but this details their claims to pump up the coin with unnamed banks and investors)
http://www.reddit.com/Bitcoin/comments/2pzzcl/demand_tomorrow_that_each_news_site_state/ (bitcoin thread alleging GAW purchased a news site to shill for Paycoin)
http://www.reddit.com/blackcoin/comments/2n4cvy/gaw_miningscamming_another_reason_why_people_will/ (Previous blackcoin thread with link to another GAW scam bitcoin thread)
https://bitcointalk.org/index.php?topic=875487.0 (Points out instances of GAW lying about associations with Target, Amazon, Walmart, and pool users discovering that cloud hashes pointed at their own pools didn't increase hash rate (i.e., don't really exist))
https://bitcointalk.org/index.php?topic=857670.0 (Another cloud hash/Paycoin summary thread pointing out some red flags, speculation, and various info)

Edit: I know I've said this before, but it needed some updating and explaining.


Let's get this party started

Why is this better?

As far as DogeCoin pricing in comparison to BitCoin, it's looking like we're going to climb a few satoshi, BitCoin is a bit stagnant and Cliffhorse is making some serious news. If you're clever, you'll be able to make a few Doge, but remember not to keep away from it for too long.
At the moment, I'm away from all forms of tea, so I have no new tea to chuck out there this week, I hope you enjoy the suggestions though, make yourself some MAD Doge!

Bitcoin Discussion General discussion about the Bitcoin ecosystem that doesn't fit better elsewhere. News, the Bitcoin community, innovations, the general environment, etc. Discussion of specific Bitcoin-related services usually belongs in other sections. Bitcoin’s hashrate climbed to an all-time high (ATH) this week touching 166 exahash per second (EH/s) on October 14. Meanwhile, despite the recent price rise and hashrate ATH on Wednesday, only ... Good and bad News about Bitcoin Menu Skip to content. Home; Bitcoin Ankauf-Verkauf = Buying-Selling; Bitcoin.name for Sale! Contact us; We hire talents; Category Archives: GAW Miners. Auto Added by WPeMatico . Gaw Miners CEO Sentenced to 21 Months in Prison. Leave a reply. Josh Garza, the former CEO of GAW Miners, has been sentenced to 21 months in prison in addition to six months of house ... The bitcoin mining software supports ccminer, cudaminer, minerd, cgminer and ASIC mining for bitcoin. In addition, EasyMiner has a ‘Moneymaker’ feature which is focused on the mining of litecoin (LTC) on its own stratum pool. Alternatively, users can utilise the ‘Solo’ mode to select a pool of their own, besides a custom hash algorithm corresponding with the coin they intend to mine. a modular ASIC/FPGA Bitcoin miner Last version: 5.5.0 Windows 32bit - Windows 64bit Arch: pacman -S bfgminer Debian: aptitude install bfgminer Gentoo: emerge bfgminer OpenWrt: opkg repository Ubuntu: apt-get install bfgminer Source code. What is BFGMiner? BFGMiner is a modular ASIC/FPGA miner written in C, featuring dynamic clocking, monitoring, and remote interface capabilities. Where can I ...

There is more to life than Bitcoin. The world is not going to end. The 80% will keep things the way they are in the "regular world", but you have the option ... Days 80, 81, 82 83 and 84 comparison of payments with Genesis Mining and GAW Miners Hashlets. Forum thread can be found here as well https://bitcointalk.org/... Asheville, NC- Welcome to the 1 Bitcoin Show! A lot of people HOPE that the masses will wake up to BTC. I say that most 80%ers will continue to believe the mainstream dollar narrative and never ... Day 69 comparison of payments with Genesis Mining and GAW Miners Hashlets. Day 54 to Day 68 payouts can be found by visiting this link https://bitcointalk.or... The GAW Miners Fury is a 1.3 Mh/s @ 45W Scrypt ASIC Miner that is used to mine scrypt based crypto-currencies such as Litecoin. To purchase the GAW Miners Fu...