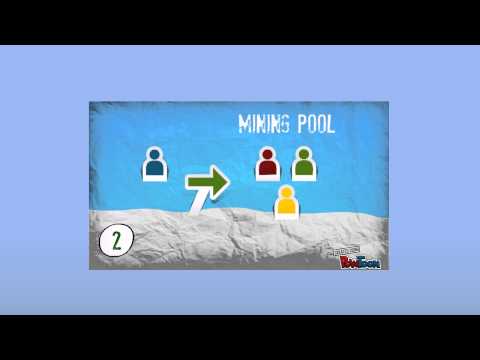 Why Verge Needs DigiShield NOW! And Why DigiByte Is SAFE!

Hello everyone, I’m back! Someone asked a question recently on what exactly happened to XVG – Verge and if this could be a problem for DGB – DigiByte - Here: DigiByte vs Verge It was a great question and there have been people stating that this cannot be a problem for us because of DigiShield etc… with not much explanation after that.
I was curious and did a bit more investigating to figure out what happened and why exactly it is that we are safe. So take a read.


Some Information on Verge

Verge was founded in 2014 with code based on DogeCoin, it was initially named DogeCoinDark, it later was renamed Verge XVG in 2016. Verge has 5 mining algorithms as does DigiByte. Those being:

Prior to the latest fork there was not a single line of code that forced any algo rotation. They all run in parallel but of course in the end only one block can be accepted at given height which is obvious. After the fork algo rotation is forced so only 6 blocks with the same algo out of any 10 blocks can be accepted. - srgn_

Mining Verge and The Exploit

What happened then was not a 51% attack per say, but the attacker did end up mining 99% of all new blocks so in fact he did have power of over 51% of the chain. The way that Verge is mined allowed for a timestamp exploit. Algorithms are not picked but in fact as stated previously compete with one another. As for difficulty:


Difficulty is calculated by a version of DGW which is based on timestamps of last 12 blocks mined by the same algo. - srgn_


This kind of bug is very serious and at the foundation of Verge’s codebase. In fact, in order to fix it a fork is needed, either hard fork or soft fork!
What happened was that the hacker managed to change the time stamps on his blocks. He introduced a pair of false blocks. One which showed that the scrypt mining algorithm had been previously used, about 26 mins before, and then a second block which was mined with scrypt.


Pairs of blocks are used to lower the difficulty but they need to be mined in certain order so they can pass the check of median timestamp of last 11 blocks which is performed in CBlock::AcceptBlock(). There is no tricking anything into thinking that the next algo should be x because there is no algo picking. They all just run and mine blocks constantly. There is only lowering the difficulty, passing the checks so the chain is valid and accepting this chain over chains mined by other algos. - segn_


Here is a snippet of code for what the time stamps on the blocks would look like:
 Here’s the first falsified block that was introduced into the XVG chain – Verge-Blockchain.info
As you can see there is the first fake block with a time stamp of 13:50:09 for example and the next is set to 12:15:51, the following two blocks are also a fraudulent pair and note that the next block is set to 12:16:52. So essentially, he was able to mine whole blocks - 1 second per block!

This exploit was brought to public attention by ocminer on the bitcointalk forums. It seems the person was a mining pool administrator and noticed the problem after miners on the pool started to complain about a potential bug.
What happened next was that Verge developers pushed out a “fix” but in fact did not really fix the issue. What they did was simply diminish the time frame in which the blocks can be mined. The attack still was exploitable and the attacker even went on to try it again!
“The background is that the "fix" promoted by the devs simply won't fix the problem. It will just make the timeframe smaller in which the blocks can be mined / spoofed and the attack will still work, just be a bit slower.” - ocminer
Ocminer then cited DigiShield as a real fix to the issue! Stating that the fix should also stipulate that a single algo can only be used X amount of times and not be dependent on when the algo was last used. He even said that DigiByte and Myriad had the same problems and we fixed them! He cited this github repo for DigiByte:

The attacker has been identified as IDCToken on the bitcointalk forums. He posted recently that there are two more exploits still available in Verge which would allow for similar attacks! He said this:
“Can confirm it is still exploitable, will not abuse it futher myself but fix this problem immediately I'll give Verge some hours to solve this otherwise I'll make this public and another unpatchable problem.” - IDCToken
DigiShield could have stopped the time stamp manipulation exploit, and stopped the attacker from getting unjust rewards! Maybe a look at Verge’s difficulty chart might give a good idea of what 1 single person was able to do to a coin worth about 1 billion dollars.
Here’s DigiByte’s difficulty steady, even and fair:
Maybe our developers could help Verge somehow – but for a fee? Or it might be a good way to get our name out there, and show people why DigiByte and DigiShield are so important!

Edit - Made a few mistakes in understanding how Verge is mined I've updated the post and left the mistakes visible. Nothing else is changed and my point still stands Verge could stand to gain something from adopting DigiShield!
 Hi,
I hope you’ve enjoyed my article! I tried to learn as much as I could on DigiShield because I thought it was an interesting question and to help put together our DGB paper! hopefully I made no mistakes and if I did please let me know.
-Dereck de Mézquita
I'm a student typing this stuff on my free time, help me pay for school? Thank you!
D64fAFQvJMhrBUNYpqUKQjqKrMLu76j24g
https://digiexplorer.info/address/D64fAFQvJMhrBUNYpqUKQjqKrMLu76j24g

All The Longreads (So Far)

"Bitcoin consumes more energy than [insert country here]", "Bitcoin is DESTROYING the planet", "Bitcoin could cost us our green future" A deeper look into bullshit.

As you might have noticed there has been an explosion of mainstream media article about Bitcoin's energy consumption. I won't link these crap but here are the titles:
So what is the info? Where does it come from? How did they come up with it? Is it true?
What is the info
Wrapped in sensationalism, the info is the following:


energy consumption of the bitcoin network, which is responsible for verifying transactions made with the cryptocurrency, is 30.14TWh a year


Where does it come from
Following direct links, or going through endless source circle of newspaper quoting one another, the source for absolutely all of these news article is the following website:
https://digiconomist.net/bitcoin-energy-consumption
The about section contains the following:


Digiconomist is a platform that provides in-depth analysis, opinions and discussions with regard to Bitcoin and other cryptocurrencies. The goal of Digiconomist is to cover any relevant financial, economic or regulatory cryptocurrency-related topic.


Additionally a quick look at the website shows a few things: 1. The website only talks about ETH and BTC 2. Outside of the blog posts it almost only talks about energy consumption (there is an ETH obituaries) 3. Blog posts started in march 2014 4. The domain was registered the 2014-07-03 5. No address, no country, no name, no foundation, no agency... Who are they?
Disregarding the fact that it comes from a no name website the, info is right there with a nice graph and even a methodology explained with a pretty infochart. It almost looks to good for a blog about cryptos. How did the Bloomberg, ars technica and the like found this website? I do not know, but when they did a ready to use report for newspaper was there waiting for them. Also, the graph as an url embedded at the bottom: "bitcoinenergyconsumption.com" which interestingly enough is a redirect for Digiconomist.
Also the bottom of the page on consumption has a list of news articles referring to this website for their sensationalist claims.
How did they come up with it
So as I said the methodology is there, and the result of it is there too:


So let's dive into the methodology on a step by step process, first of all, a further detailed methodology is shown here


Since the marginal product of mining is equal to the number of Bitcoins received per unit of mining effort, it would thus be expected that miners will either add more hashrate if the resulting revenue exceeds associated electricity costs, or reduce the hashrate once electricity costs start exceeding the revenue per hash. This also means that it is expected that the total network of Bitcoin miners is always mining at the calculate-able break-even efficiency. The break-even efficiency for Bitcoin mining can simply be calculated as:
W per GH/s=(price∙BTC/day)/(price per kWh ∙ 24hrday)


In layman terms, this means that they assume that the number of miners is always the exact amount for break even. This is a fair assumption. The formula that follows it make no sense without the context it came with in that working paper. A quick look at this document shows concerning mathematical mistakes... I have tried for far too long, I cannot reproduce any of their numbers...
So is it true? No
These numbers are not reproducible, they make no sense and calculated using a dubious paper by some professor of "social research". I assume he is also the owner of the website because his name appears way too often in there...The university where he studies has a nice wikipedia page:


The New School is a private non-profit research university centered in Manhattan, New York City, USA, located mostly in Greenwich Village. It was founded in 1919 as an institution dedicated to academic freedom and intellectual inquiry, serving as a home for progressive thinkers.


The real estimation
This is actually pretty straight forward. The maximum ever reached in hash rate was 16.5 exahashes/s according to fork.lol.
This is equivalent to 1.18 million S9 ant miner at 14 TH/s. Assuming everyone suck and they all have old hardware with crappy PSU. Let's say each S9 consumes 2000W. This is a 17520000 Wh per year per miner, which yields 20.67 TWh.
So peak production with very negatives assumptions yields a number 40% lower...
General critic
Deriving consumption from the mining revenue is purely ludicrous.
No including the fees in the mining revenue calculation is also ludicrous.
If your numbers are not reproducible, they are worthless.

This video is unavailable. Watch Queue Queue. Watch Queue Queue Bitcoin will “halve” for the third time this week, slowing down the discovery of new bitcoins and preventing disruptions from new miners. Mashable is your source for the latest in tech ... In 2012, The Economist reasoned that Bitcoin has been popular because of "its role in dodgy online markets",[12] and in 2013 the FBI shut down one such service, Silk Road, which specialized in ... Skip navigation Sign in. Search Start bitcoin mining in less than 10 minutes with our revolutionary software MiningBeast. Learn more at: http://miningbeast.com A novice user may feel unconf...